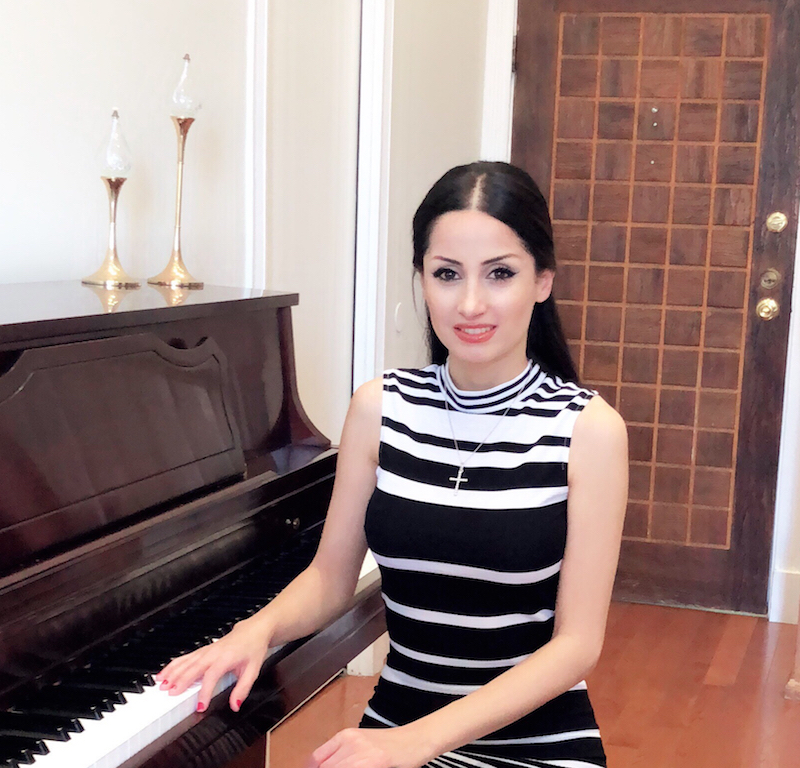 Lilit Lily Baghdasaryan was born in Yerevan, Armenia. She started her piano and singing career at age 8. She graduated from T. Chuxajyan Special Music School in Armenia. After graduating, she went on to receive her Bachelor Degree from R. Melikyan Music College in Vocal and Piano Performance.  She performed as a featured artist at the Alex Theater in Glendale, CA several times. From 2008 to 2016 she was part of the Armenian Apostolic Church Choir. She’s a well known pop singer: her first music video was released in 2010 and she is a pianist in Armenian art. In 2016, she received her Associate of Arts degree from Los Angeles City College, majoring in music. On May 28, 2015 she received an “Outstanding Achievement Award” in voice performance. At the same time, she was awarded the Robert E. Wilkinson Memorial Scholarship from Los Angeles City College. In December 10, 2015 she received Commercial Music Skills Certificate as a Vocal Performer and Instrumental Performer/Piano. Lily teaches piano and voice lessons at Hollywood Arts Academy.

Schedule a Free Trial Lesson with us Today!